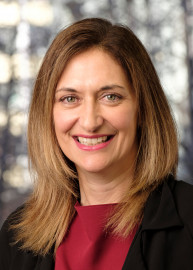 Amanda joined Whānau Āwhina Plunket in 2014 as Chief Marketing Officer and brings a wide range of senior leadership experience to the organisation.

Working across government and education institutions Amanda has led significant behaviour change campaigns, including the highly successful “It’s not OK" campaign against family violence while at the Families Commission.

Amanda’s passion for making a difference is evident in many of the roles she has held, from the very beginning in her first role as Te Pou Hereka, Māori Liaison Officer at Lincoln University, where she was responsible for recruiting and supporting tauira Māori into tertiary education through to Whānau Āwhina Plunket today.

Amanda has led Whānau Āwhina Plunket’s strategy to become a pro-equity organisation, a journey that continues today.  Amanda is proud of Whānau Āwhina’s commitment to ensuring the organisation is focused on playing its role in addressing the inequities of the health system. 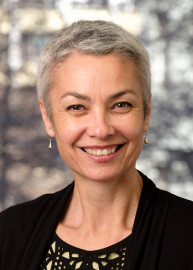 Linda (Ngapuhi, Ngai Te Rangi) is from Whangarei and joined Plunket in February 2016 as the Regional Manager of Northern Operations, becoming Chief of Operational Performance in December 2017.

With 30 years’ experience in the Justice Sector, Linda has done everything from Operations to Service Design and Delivery, to Human Resources and Change Management. She also has an Executive Master’s Degree in Public Administration from the Australian and New Zealand School of Government.

But the thing that gets her out of bed each morning is her passion for people.

From when she first started at the (then) Department of Justice, straight out of high school, the thing that led Linda to work in management was her drive to see people treated well at work, and for them to be supported to thrive – and that’s something she’s carried with her for her whole working life.

And as a Māori woman, she is also committed to doing all she possibly can to create positive change for tamariki and health (and system-wide) equity for Māori. 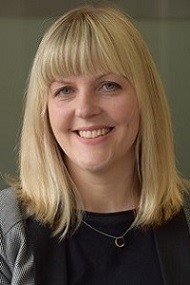 Louise Eunson joined Whānau Āwhina Plunket in 2020 as Head of Performance and Assurance and was appointed as General Manager Performance, Risk and Governance in August 2021. Prior to joining Plunket, she worked for over 8 years at the Ministry of Health where she held a variety of leadership roles in risk, planning, performance, and reporting - most recently in the Office of the Director-General.

Originally trained as a Chartered Accountant (ICAEW) with PwC, Louise has since worked with a variety of consulting firms, commercial organisations and public sector entities in the UK, Australia and New Zealand. With over 20 years’ experience, Louise brings a wealth of risk, governance, assurance and performance expertise to Whānau Āwhina Plunket.

A proud Scot - born and raised in Edinburgh - Louise came to Aotearoa New Zealand with her kiwi husband in 2011. Now a Whānau Āwhina Plunket māmā to a daughter and boy/girl twins, Louise has recently experienced first-hand the wonderful mahi of our nurses and is proud to work for an organisation that is committed to making a difference to the health and wellbeing of our precious tamariki.

Having studied French and Italian to degree level, her love of languages and learning about cultures different to her own has been reignited since moving to Aotearoa New Zealand. She is actively working on growing her understanding and knowledge of Te Ao Māori and tikānga, and is committed to increasing her knowledge and use of te reo Māori in her daily interactions.

Matt is a Chartered Accountant with financial and senior level leadership experience across the health, government, wholesale supply and manufacturing sectors. Prior to joining us he was the CFO of Callaghan Innovation and prior to that has held a number of CFO roles.

He began his career at global accounting firm Deloitte, where for 13 years he provided accounting and business advisory services to a diverse range of clients.
Matt is dad to two amazing tamariki and enjoys playing golf. 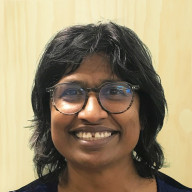 As Kaitohu Matua - Chief Strategic Advisor, Radha provides strategic advice and support directly to the chief executive and ELT, and works alongside the organisation to support the delivery of key strategic initiatives focused on delivering equitable outcomes for all our tamariki and whānau.

Radha joined Plunket in February 2017 as our Chief Advisor – advocacy, policy and strategy and was responsible for strengthening Plunket’s relationships with our key stakeholders.  She leads our relationship with the Ministry of Health.

Radha has extensive policy, advocacy and legal experience and has been instrumental in setting up the policy and advocacy function of Plunket.  She began her career at the Wellington Community Law Centre in the 1990s, where her passion and commitment to social justice was crystallised. She has brought to Plunket her strong research and critical analytical skills that have been strengths in her career working in Government and Crown entities.

Radha is also a practising Solicitor.

Radha is a passionate advocate for Plunket and is committed to ensuring the organisation becomes an empowering, adaptable and innovative organisation that is grounded in evidence and best practice.